You can start crocheting very quickly with a few basic stitches.

You may already know how to do the stitches but not know their name.

Or you may know how to do them and their name but not know their abbreviation which is used in crochet patterns.

The third possibility is that you don’t know how to do the stitches and didn’t even know that they had and name let alone a code in patterns.

The five basic crochet stitches are like the crochet alphabet. They are the letters that make up the words (the pattern), and the words when brought together in a certain way can make poetry. Crochet poetry.

There are other advanced crochet stitches as well and we will cover them later.

I will explain each one in turn with pictures.

Put a starting loop on you hook and, hold the hook like a pencil (and not a shovel), with your thumb on top and fingers below. 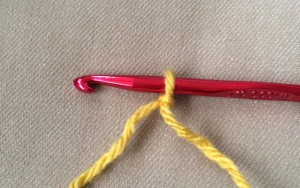 Put the yarn over the hook, 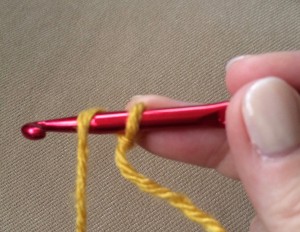 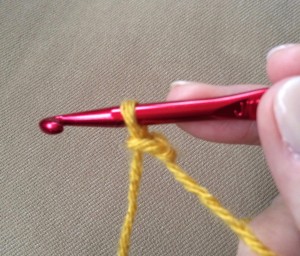 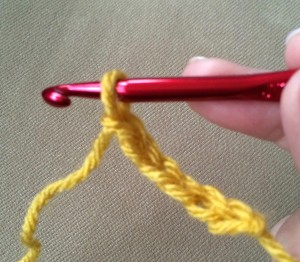 This forms a chain and is often used as a base for items in crochet.

If you can get your chain to be even and not too tight this will be the basis for your tension or gauge in later projects.

Practice making a chain in varying thicknesses of wool and with bigger and smaller hooks until you get a smooth rhythm.

This may take a day or two.

In a crochet pattern the code for a chain is ch.

On the chain you just made (in yellow) you can start making rows of different stitches.

Insert your hook into the chain making sure you go through two threads of the chain (there are three threads for each chain). 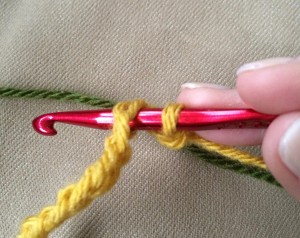 Yarn over your hook and pull through (two loops on hook), 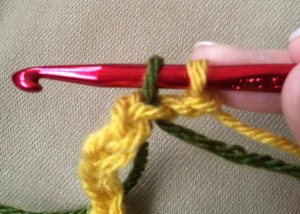 yarn over and pull through the two loops on your hook (one loop on hook). This image looks a bit mess as it is the first single crochet stitch on the chain but it will get better as you can see below. 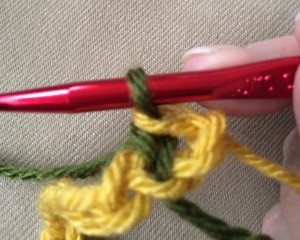 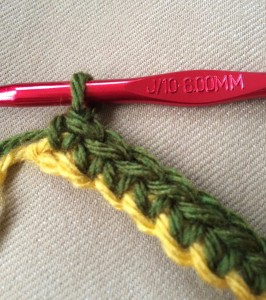 Remember you have completed the stitch when you have only one loop left on your hook. Do not start the next single crochet stitch if you have more than one loop on your hook.

In a crochet pattern the code for a single crochet is sc.

On a chain we can make double crochet stitches.

Yarn over and then insert the hook into the chain (the two top threads), 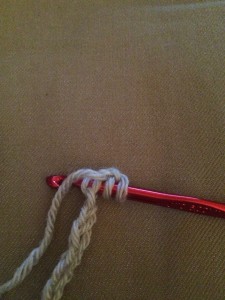 Yarn over and pull through two loops (three loops on hook), 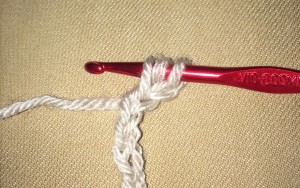 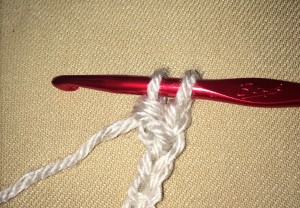 yarn over and pull through the last two loops on your hook. Only one loop remains on you hook and the double crochet stitch is complete. 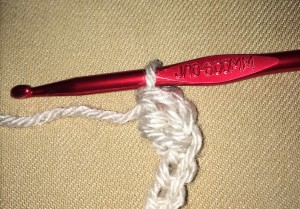 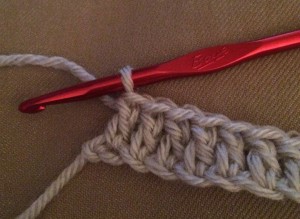 In a crochet pattern the code for a double crochet is dc.

You can make a triple crochet into the chain you formed or the top of other stitches.

Yarn over twice (three loops on hook), insert your hook into the chain making sure to go through the two threads of the chain, yarn over and pull through (four loops on hook), 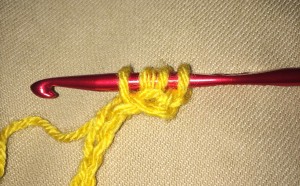 Yarn over pull through two loops (three loops on hook) 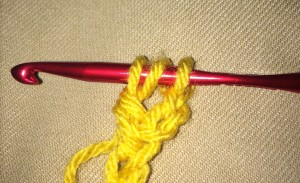 yarn over and pull through two loops (two loops on hook), 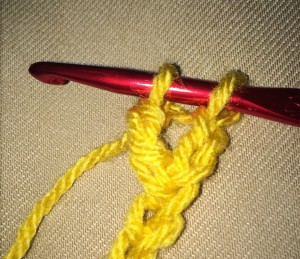 yarn over and pull through last two loops on your hook leaving one loop on your hook and the double crochet stitch is complete. 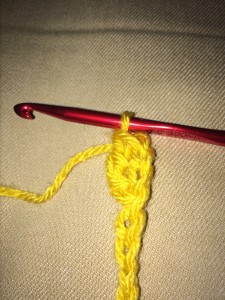 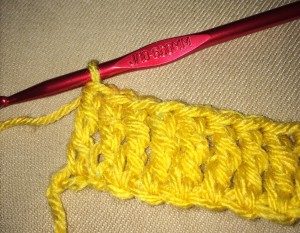 In a crochet pattern the code for a triple crochet is tc.

On a base chain or, other row of stitches as we have triple crochets in the image below, insert hook into top two threads of stitches shown below. 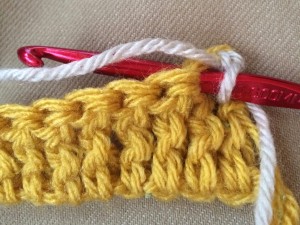 Make sure to pull the thread a bit more than usual (for ease as it can get tight) and pull through the two threads and the loop on the hook in one go (one loop on hook). The slip stitch is in white. 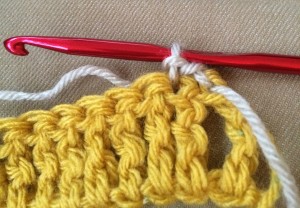 A row of slip stitches when finished is low and flat. A slip stitch can be used to join rows when you work in a circle or to move the hook to a new position in a pattern. It can be used for edging as well. 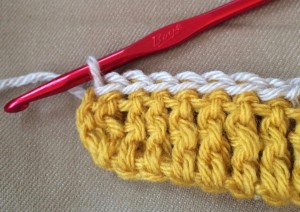 The slip stitch is similar a single crochet but you pull through all the loops at once to keep it low.

In a crochet pattern the code for a slip stitch is ss.

These form the five basic stitches used in crochet and by combining them in many ways you get patterns of stitches. 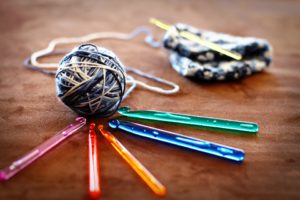