The war between knitters and crocheters continues unabated.

If you are not a knitter or a crocheter you may not be aware of the subtle war that rages on in parlours and coffee shops across the land.

I was chatting with my friend Nicole at Canadian Frost Apparel the other day about this very issue.

Like most wars, there is a pointless tension between the knitters and the crocheters. No one knows when the animosity began, but it crept in and is seemingly here to stay.

Let’s get straight to the point. 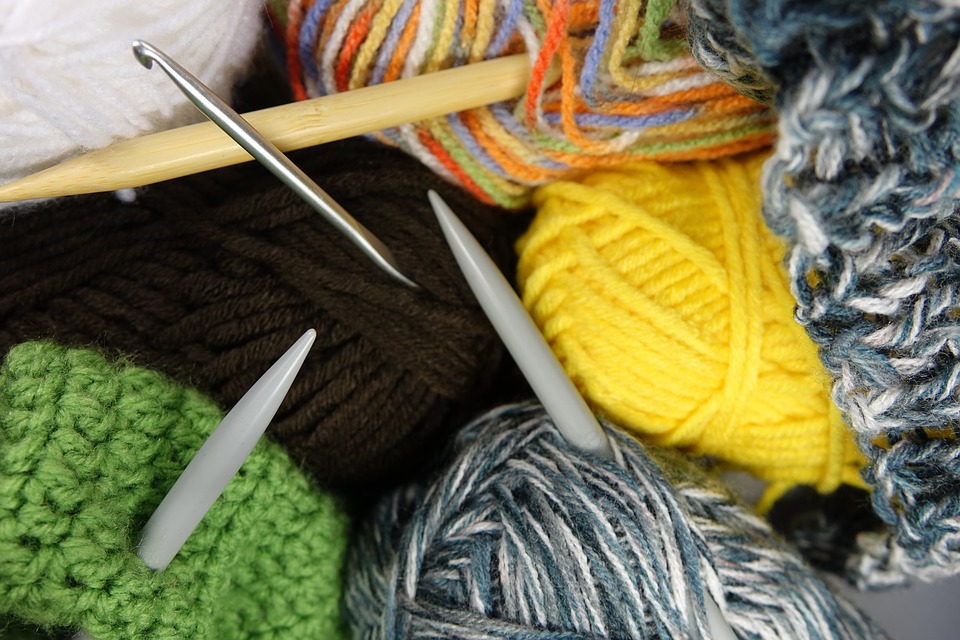 Knitters use two needles with points. They may use a circular needle with points at both ends and a wire joining them, or, just to get tricky, they could use four double pointed needles for socks and tube-like things.

They have many stitches on their needles at once and sometimes hundreds for a large piece.

If they drop a stitch and it runs, it takes serious effort to retrieve it. Yes, knitted stitches will run away from their mistresses.

Knitters often feel superior to crocheters as though to knit is to be better in some way. Crocheters never look down on knitters but they see them as their crafty cousins. Both use the same yarns and buy their supplies at the same store.

You can have a “knitting bag” but who has heard of a “crocheting bag” I mean really.

Crocheters use one hook and yarn. The hook can have a thicker handle to aid tired hands and make the act of crocheting easier for extended periods of crafting. This feature on hooks makes crocheters calmer and relaxed.

Crocheters have one stitch on the go at once.

Crocheters can easily make a circle, square or any three-dimensional shape. In fact, crocheting has been used to demonstrate the Möbius strip-like in the March Möbius cowl, hyperbolic crochet and other spatial concepts.

If you can knit and crochet be careful in which camp you pitch you tent.

I once joined a knitting and crochet meetup group. When I arrived the eight women there were all knitting. As I took out my crocheting there were gasps of horror from the assembly.

Who was this woman? What was she doing here, and with a hook?

One pleasant looking woman turned and said to me, “Oh, can’t you knit?”

I replied, “Yes I can knit, but not tonight. I’m enjoying my crocheting time.” Gulp.

I can knit and crochet. But, these days I prefer crocheting. It is easy and quick. I can do small squares everywhere I go and take them home to create a beautiful blanket or lapghan.

I can crochet in the car or trapped in an aeroplane seat at 35000 feet. Here I have to use bamboo hooks as they get twitchy these days. But you can’t knit in a plane even with bamboo needles. It’s the point of the needle that annoys the authorities.

In the end you have to do what you like. Don’t be knitting because your mother did. If you prefer crocheting then forsake knitting for a while.

If you prefer the rhythm of knitting and can do it without looking then let that be your therapy.

Do what you love and love what you do.  It will permeate into your items and the love will shine through your completed items whether you used a hook or needles. 💛


Learn about the 3 types of crocheter; casual, hobb

Dabbling with a filet crochet border for my guest

Journaling is hugely popular now both for self-ref

My filet crochet tea towel is now complete and I j

I’ve been meaning to buy tea towels for long tim

Q – What do crocheters do all day when they are no

Todays little doily. ⠀
I just used up some Vanna

Just completed a super little neckerchief, (but I