by Alison | Stories, Your Crochet Business 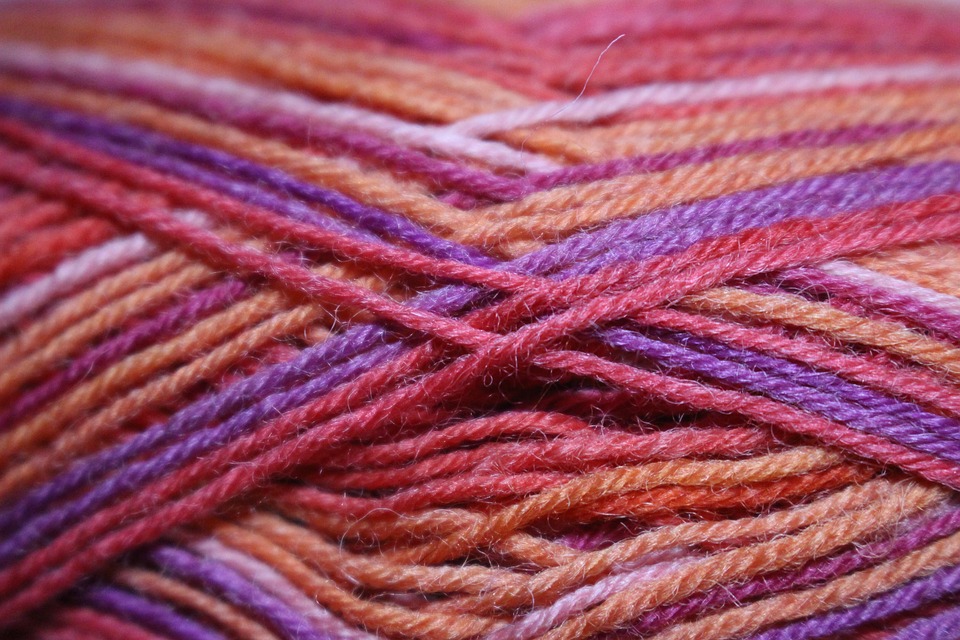 One morning there was an advert in the local newspaper it read,

“Crocheters wanted, meet me at the Table View Mall café at 12 noon on Saturday, Jenny.”

As a crocheter clearly this ad was for me. Wasn’t it?

I duly arrived at the café on the appointed time to find that I was not the only one who could crochet.

There were twenty-five to thirty women chatting and drinking coffee and waiting for noon.

Jenny arrived all suntanned and long blonde hair. She had a bag of little squiggly items and dropped one in front of each of the crocheters.

Then she passed around a little ball of shirring elastic in a variety of colours and gave everyone ten little beads.

The squiggly thing turned out to be a foot ornament worn on the beach with bare feet. It looped over your big toe and then around your ankle. There was assorted African beads on the top as decoration. It was a fun item for summer.

Jenny said to us all, “Make me a sample just like this one and see me back here next Friday at the same time.”

There was a lot of chatter amongst the crocheters and off they went. I went home clutching the sample, elastic and beads.

The pattern was easy to replicate, but the difficult part was working with the shirring elastic. It stretched and I had to try many different sizes of hooks to get the tension just right.

After several attempts, I made what I thought was a good copy of the sample she gave me. I was ready to show my creation to her. I wondered how the other women had got on.

Friday arrived and I was there early with my coffee in front of me waiting for the rush of crocheters.

Jenny arrived at five past twelve she saw me and came over to my table. I showed her my work. She liked it. Another woman arrived with her attempt and that too was good.

We were the only ones to bring a sample of our work and the others did not bother. 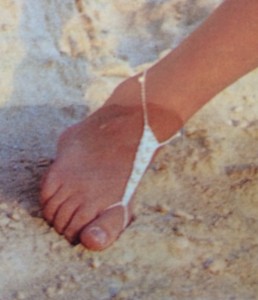 So it began, we would be paid $50 for ten pairs of barefoot sandals which Jenny would sell the at her flea market stall at the Green Market Square for $25 each.

I worked every moment I had spare to get my ten pairs done on time. Not that I had much time with a six month old baby, a toddler of two years and two children aged eight and eleven at school.

On top of this we were renovating the house and had the kitchen in disrepair for months. But I pressed on.

Friday came I met her at the café and she gave me the cash and I gave her the now called “barefoot sandals”.

All this kept going week after week, for six months as the summer wore on.

Jenny’s original designs and her sandy feet were featured in Cosmopolitan magazine and here is a photo of the barefoot sandals I made from the magazine. 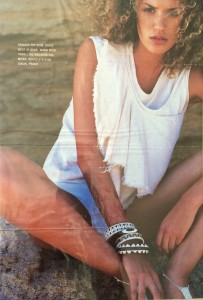 This easy casual work eventually ended but it was a good summer for me and the piece work crochet.

What I learnt about piece work 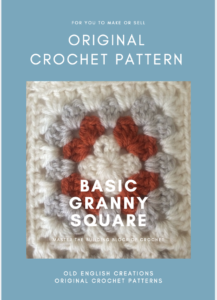 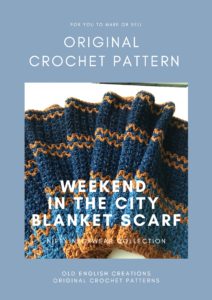